Home
How to play
Pearl Jam: Facts Behind The Original Name Of The Band

If you happen to be an avid fan of 90s rock bands, there is a good chance you know about Pearl Jam and its success. With more than 85 million albums sold worldwide by 2018, Pearl Jam is widely considered to be one of the most popular American rock bands ever exist. Though Pearl Jam achieves most of its fame under its current name, the band used to be called Mookie Blaylock, a basketballer in the NBA. So how come Pearl Jam decided to go with Mookie Blaylock in their early days? Why the members change their band name to Pearl Jam?

In the case you wish for comprehensive analyses around the issue of “The band Pearl Jam originally named itself after which NBA basketball player?”, you come to the right place. This article could show you everything you should keep in mind about different names of Pearl Jam since its inception. While there indeed a lot of stories explaining the names that Pearl Jam uses in its career, most are gleeful jokes spread by the members. So if you want to know the truth behind the names of Pearl Jam, check out the information down below.

Key Developments Of The Names 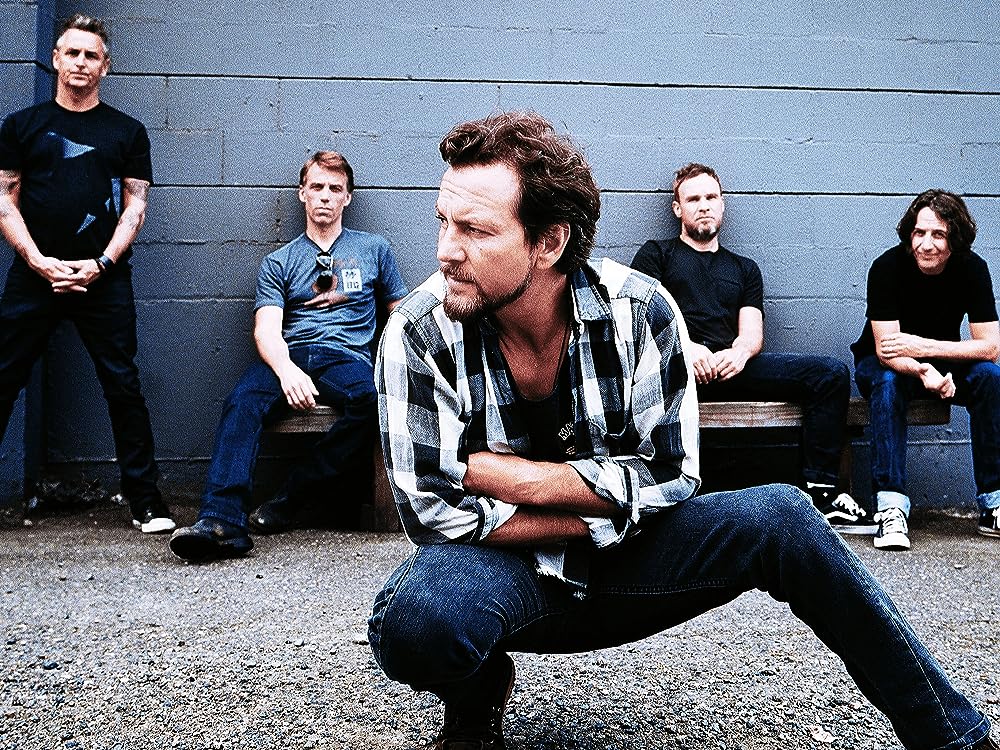 As mentioned above, the original name of the rock band Pearl Jam is Mookie Blaylock. But is there any specific reason behind the name change?

Following the demise of Mother Love Bone, Stone Gossard spent some times writing materials, practicing and searching for new members to form a new band. After Mike McCready, Jeff Ament, Eddie Vedder and Dave Krusen got on-board, the band started performing under the name Mookie Blaylock, the then-active basketball player in the NBA. The very first official show of the band finally took place on October 22, 1990 at the Off Ramp Café in Seattle. After that, Mookie Blaylock served in the opening for Alice in Chains at the Moore Theatre (1990) and the Facelift tour (1991).

Soon, Mookie Blaylock signed to Epic Records but troubles surfaced: The band must change its name to avoid legal actions. As you could guess, the band renamed itself to Pearl Jam, the name that would stick till the current day. In a promotional interview, Eddie Vedder claimed the name of the band was a reference to his great-grandmother Pearl and her Native American husband that made peyote-laced jams. For a time, people tend to view Vedder’s words as the reason why Pearl Jam got its current name but all things changed in 2006.

Vedder revealed in a 2006 Rolling Stone cover story that his previous story about the name of the band was “bullshit”. Although Vedder indeed had a great-grandmother named Pearl, it seems that the band failed to take that into account while making up their name. Later, Ament and McCready said that Ament was the one that came up with “pearl”. About the “jam”, the band settled on the world after they visited a Neil Young concert. In that particular concert, Neil Young casually extended his songs as improvisations which remind the band of “jam sessions”.

So is the connection between the band and the veteran NBA player Mookie Blaylock ended permanently after the name change? Actually, the debut album of Pearl Jam once the member entered London Bridge Studios was “Ten”, a reference to the jersey number of Mookie Blaylock. For nearly 5 years, “Ten” remained on the Billboard charts and it has gone to become one of the most financially successful albums with 13x platinum. As a result, the album cemented the relationship between the band and the venerable point guard playing in the NBA.

At this point, you should have a pretty good idea about the original name of the band Pearl Jam and its connection to Mookie Blaylock. Since the subject involves Mookie Blaylock, we might as well take a look at the career of the professional basketballer.

With 2 times NBA steals leader, 4 times NBA All-Defensive Second Team and 2 times NBA All-Defensive First Team, Blaylock was often rated among the best defensive stoppers on the court. Being a fine passer, a durable instigator and a capable outside shooter, Blaylock secured a lot of successes in college as well as the NBA. After spending 13 years playing professional basketball in 3 teams, Blaylock held a couple of feats that few NBA players could achieve.

In the 1989 NBA draft, Blaylock was picked in Round 1 (12th overall) by New Jersey Nets and he settled down quickly. Prior to the 1992–93 NBA Season, the Nets traded Blaylock to Atlanta Hawks for Rumeal Robinson. In the new team, he flourished under the guidance of coach Lenny Wilkens and he spent 7 years with the Hawks. Needless to say, the majority of Blaylock achievements in the NBA come from the time he played for Atlanta Hawks.  He left for Golden State Warriors in 1990 and finished his professional career as a reserve.

The Traffic Incident And Aftermath

On May 31, 2013, Mookie Blaylock sustained significant injuries during a head-on collision in Clayton County, Georgia and he had to be put on life support. Pearl Jam also reached out to its NBA fan by sending out get-well wishes. Considering the fact that Blaylock and Pearl Jam go way back, it came as no surprise that band members were worried about Blaylock’s health. Blaylock eventually recovered but a passenger from the other vehicle, unfortunately, died due to injuries.

After assessing the case, the judge sentenced Blaylock to 15 years for vehicular homicide along with other charges in the collision. According to the plea bargain, Blaylock would serve 3 years in prison, 4 years as a suspended sentence and 8 years of probation.

Virtually everyone that play basketball around the globe agrees that …

You know that home security is something that is very …

Our website is made possible by displaying online advertisements to our visitors. Please consider supporting us by disabling your ad blocker.